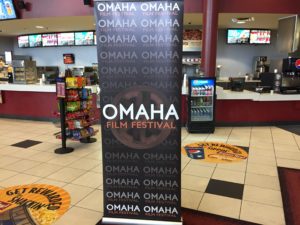 The Festival showcases over 90 films during its annual event, selected from an average of over 500 annual entries that come in from around the world, offering a wide variety of independent cinema choices that includes regional and world premier films as well as advanced screenings of films that have already attracted wider distribution. Selected filmmakers are invited to attend the festival and are given the opportunity to discuss their films with the audience after each screening.

Midwest Sound & Lighting is again a proud sponsor of the Omaha Film Festival and encourages everyone to take advantage of this stellar, world-class entertainment event.